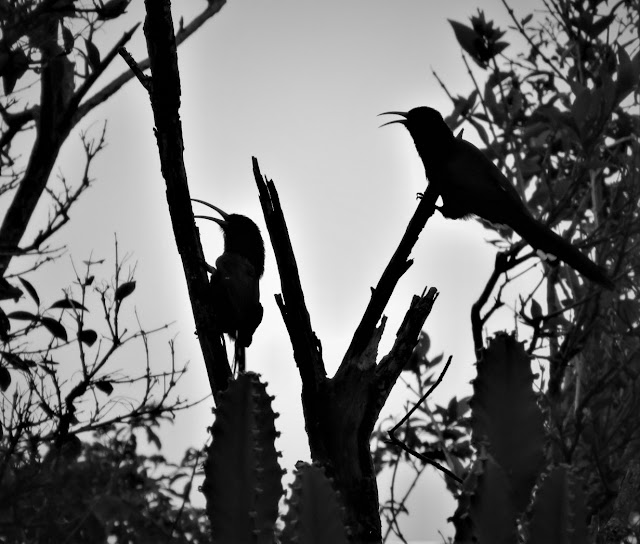 Two Red-billed Hoopoes are silhouetted against the late afternoon sky - their bills are open as they cackle away at nothing in particular - just because they can.  While the English name for this noisy bird focuses attention on the colour of its scimitar shaped bill, its Afrikaans name, kakelaar references its habit of being a "cackler".  However its isi-Xhosa name: Intleki'Bafazi and isi-Zulu name: u-Hlekabafazi both describe (very accurately) that the cackling of this Hoopoe resembles the laughter of women - probably politically risky, but nevertheless, quite an accurate description!
OJ - suggesting that the Intleki'Bafazi below looks indignant! 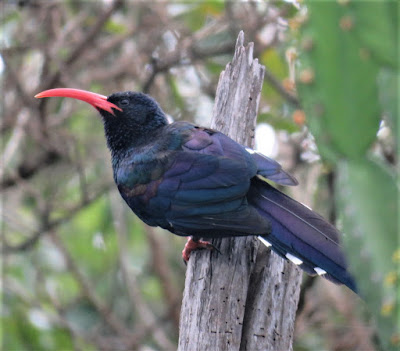