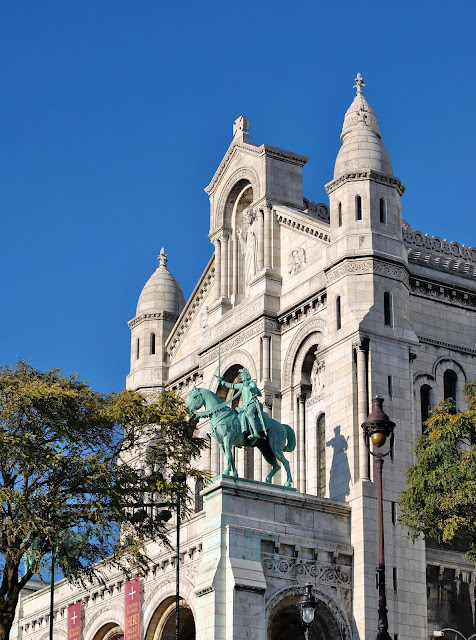 The front facade of the Basilica of Sacre-Coeur overlooks the city of Paris from its hilltop position.

It was as a result of a religious vow made by two Catholic businessmen during the Franco-Prussian war, that if Paris survived the siege of 1870, they would provide the money to build a church dedicated to the Sacred Heart of Christ.

Alexandre Legentil and Rohault de Fleury fulfilled their promise and work began on the basilica in 1875.

The statue of Joan of Arc astride her horse and leading the charge is in the centre of this photo.