A QUIET MOMENT IN MONPAZIER 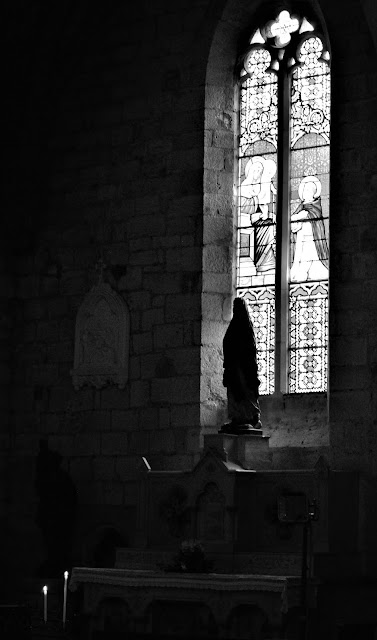 The construction of the parish church of Monpazier, Sainte-Dominique, was started in the 13th century shortly after the establishment of the bastide town in 1285.

King Edward I of England (Edward "Longshanks") who was also the Duke of Gascony is recognized as the founder of the town which was later the home of Eleanor of Aquitaine and Richard II of England.