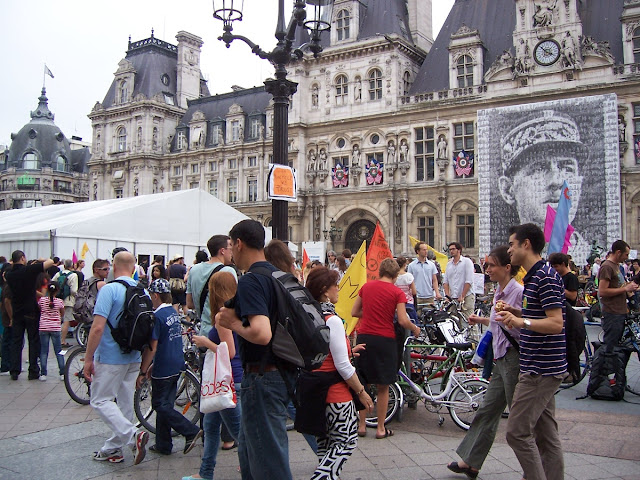 The 4th arrondissement includes (and is named after) the Paris City Hall. Other well-known tourist attractions in this arrondissement are Notre Dame Cathedral, Saint Chapelle and Place des Vosges. It has an area of 1,6 square kilometres and an interesting fact is that it had a population of over 108 000 in 1861, but that had dwindled to just 28 000 by 2009 as people moved from the city centre to the quieter outer suburbs.

The photograph above was taken during an anti-motor vehicle / pro-bicycle demonstration. The square in front of the City Hall is often the scene of les manifestations - some peaceful and some less peaceful - Sunday afternoon seems to be the preferred time for these gatherings!