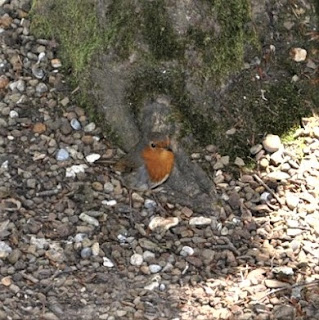 The naming of birds is not an exact science - the name given seems to emanate from what is foremost "in the eye of the beholder".  The dear little English Robin (Robin Redbreast) that most of us first encountered in the story books of our youth.  The English birdwatchers named the bird according to the colour of its chest … its red breast.  The French across the channel described its red throat.  The Germans also noticed the red throat - rotkehlchen, but the Italians (pettirosso) and Spaniards (petirrojo) just referred to the robin as the "little red one".
Confusing - just as well the bird doesn't understand the confusion - he can just concentrate on being: a bird!