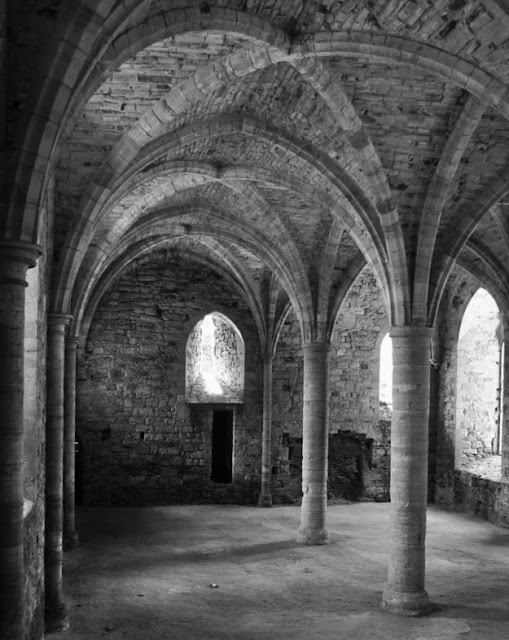 The construction of the abbey on the site of the Battle of Hastings began in 1070 after Pope Alexander II had commanded William the Conqueror to do penance for killing so many people during his conquest of England.  The church was completed in 1094 after William's death.
It was dedicated to St Martin of Tours - "the apostle of the Gauls".
Most of the abbey buildings are now derelict and all that remains of the original church is the outline of the foundation.  The abbey buildings which still stand house the Battle Abbey School.