IF THESE STONES COULD TALK #1: BODIAM CASTLE 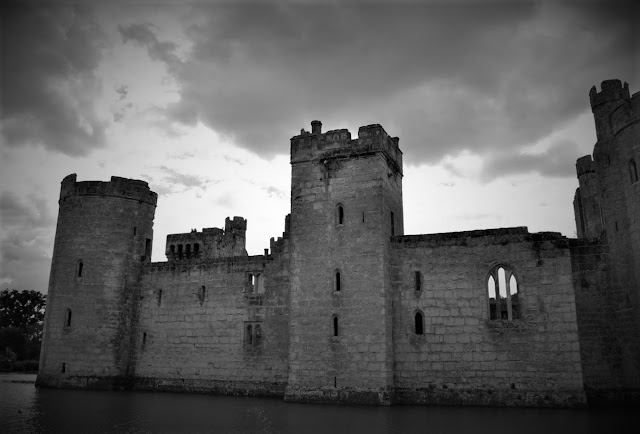 The dark and foreboding 14th century Bodiam Castle was built during the Hundred Years' War between England and France as a defensive position in the event of a French invasion.  The French never crossed the channel.  The only action seen by the castle occurred during the War of the Roses when it was besieged and capitulated without much resistance.  During the English Civil War, the owner at that time, Lord Thanet, supported the Royalists and sold the castle to pay the fines levied by Parliament.  The castle was partly dismantled and left as a "picturesque ruin". - from Wikipedia.org