THREE GRACES AND A TACTFUL SCULPTOR 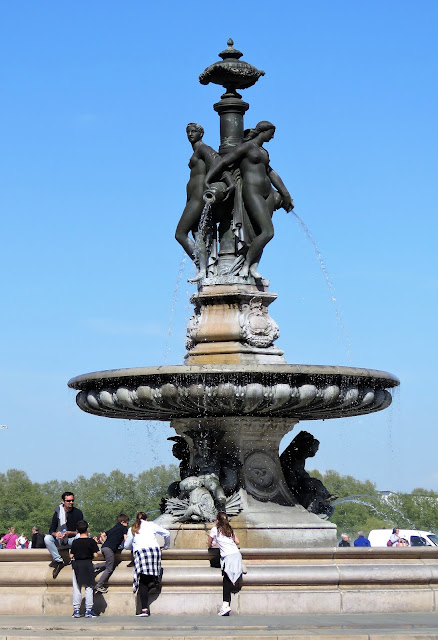 This statue, the Fountain of Three Graces, dominates the Place de la Bourse in Bordeaux.

It replaced the earlier statues of Louis XV and Napoleon III which were destroyed during uprisings.

The sculptor, Visconi, displayed remarkable tact and diplomacy in his depictions of the three sisters (the daughters of Zeus - Aglaea (Splendour), Euphrosyne (Mirth) and Thalia (Good cheer)). The three figures are totally identical leaving no reason for jealousy or sibling rivalry - clever man!