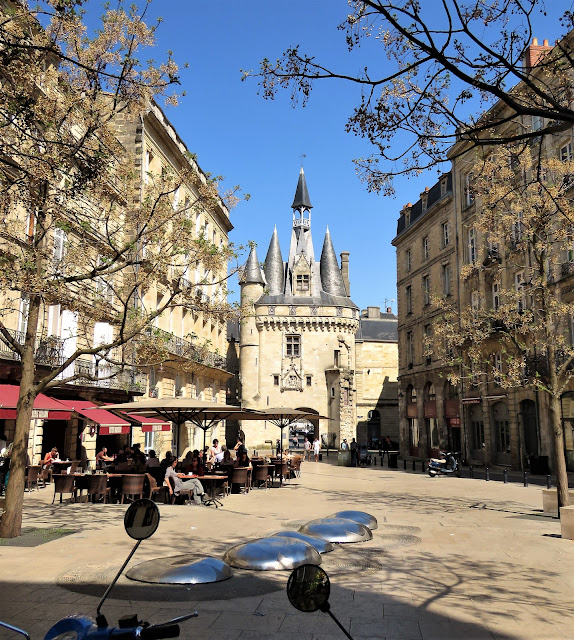 A warm afternoon in Bordeaux and after a long walk through the streets of that beautiful city ... a cold beer was strongly recommended.  A bistro in the Place du Palais near the Porte Cailhau was able to provide precisely what was required.
The sculpture in the square prompted discussion ... its resemblance to blobs of mercury and all that mercury symbolizes was suggested. Mercury - the Roman messenger of the gods with his winged sandals, but also the god of trade, money-making and craftiness - slippery and elusive ... its old fashioned name: quicksilver.  Soon it was time for a second beer - we hoped that the waiter had winged sandals!