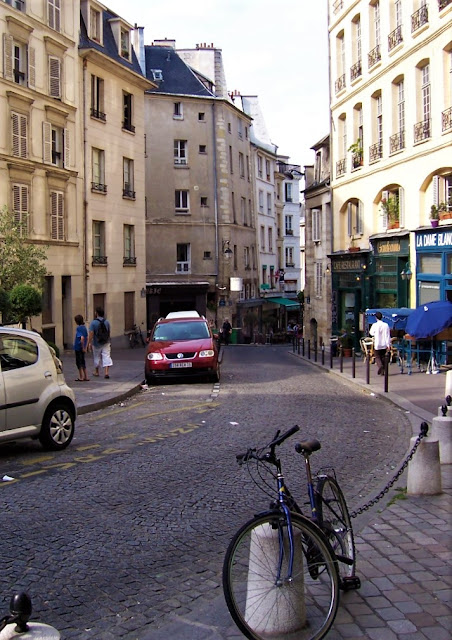 The pavements of Paris are often blocked by bicycles parked overnight by their owners and chained to bollards.

I tried (unsuccessfully) to get an estimate of the number of bicycles in Paris, but I am sure that the French are no where near the Dutch when it comes to bicycle ownership!

If you've been to Amsterdam, I am sure these stats are not surprising!