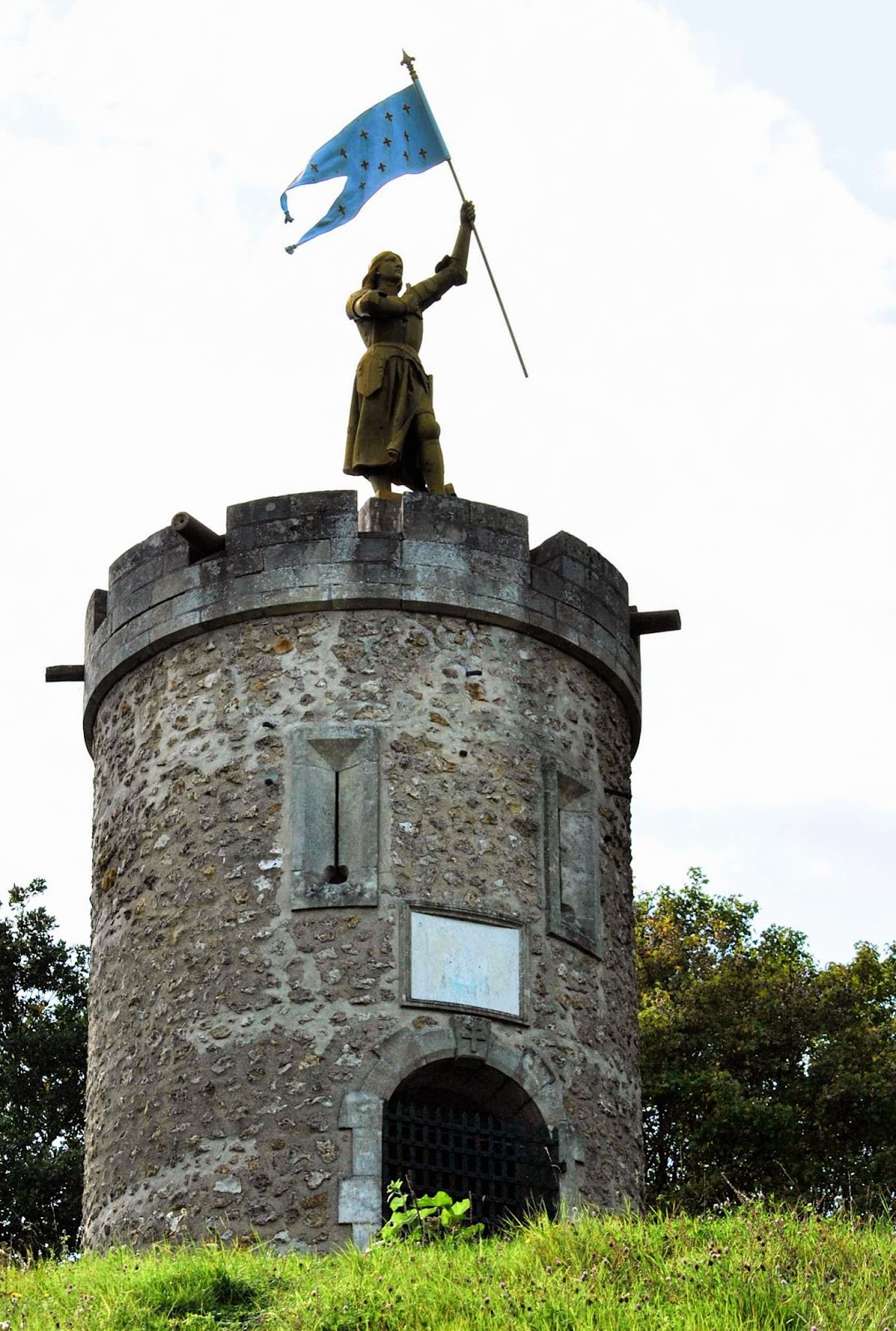 Statues of Joan of Arc are to be found all over France.  This one is situated on top of a small hill in the Loir valley.

It was in this area that Joan wearing white armour and riding a white horse led several French attacks against the Anglo-Burgundians finally succeeding in 1429 to drive them from their fortified positions and forcing them to retreat across the Loire.

Declared the patron saint of France, Joan continues to be a symbol of French unity and national pride.