ANOTHER BALCONY, ANOTHER CITY 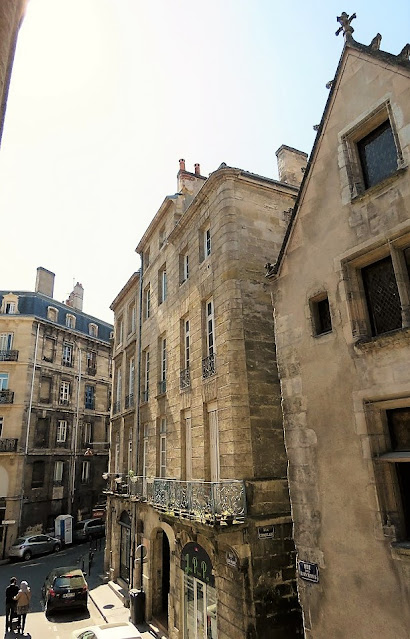 Another balcony, another city - the view from an apartment hired in Bordeaux.

The Rue des Bahutiers is situated in the Medieval section of Bordeaux and is so named due to this street having been occupied by tradesmen making wooden chests and trunks (bahuts).

Apparently the name Rue des Bahutiers dates back to the 18th century - prior to this it was called Rue d'Enfer (the street of Hell)!  If I had known this when making the reservation, I may have looked elsewhere!

To read more about this fascinating street, visit the blog INVISIBLE BORDEAUX at https://invisiblebordeaux.blogspot.com