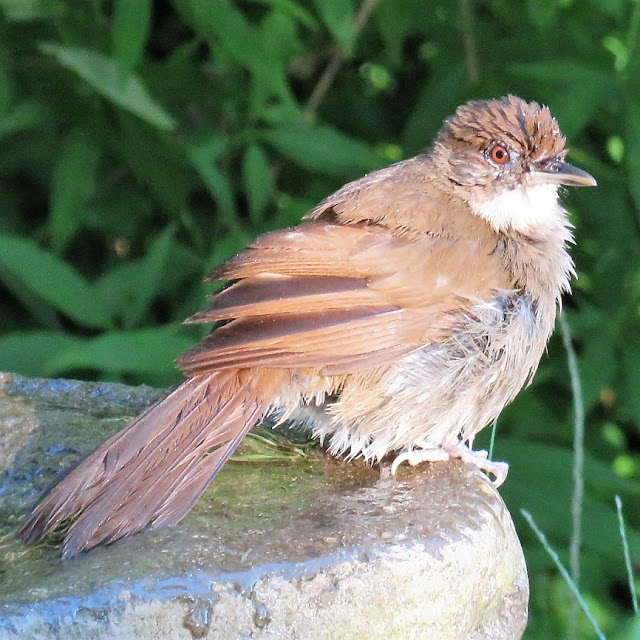 A new visitor to the birdbath  ... I think it is a CROAKING CISTICOLA judging by the frog-like sounds I have heard coming from the undergrowth, but when looking at the cisticolas described in Roberts' Birds of South Africa, it could be any one of a variety named according to their calls.  Is it a Wailing, Tinkling, Rattling, Singing, Chirping, Croaking or Lazy (presumably one that doesn't make too much of a noise) Cisticola?
Let me know if you have a suggestion.
OJ - confused by Cisticola nomenclature
Posted by OJ at 07:58