APPEARANCE CAN BE DECEIVING 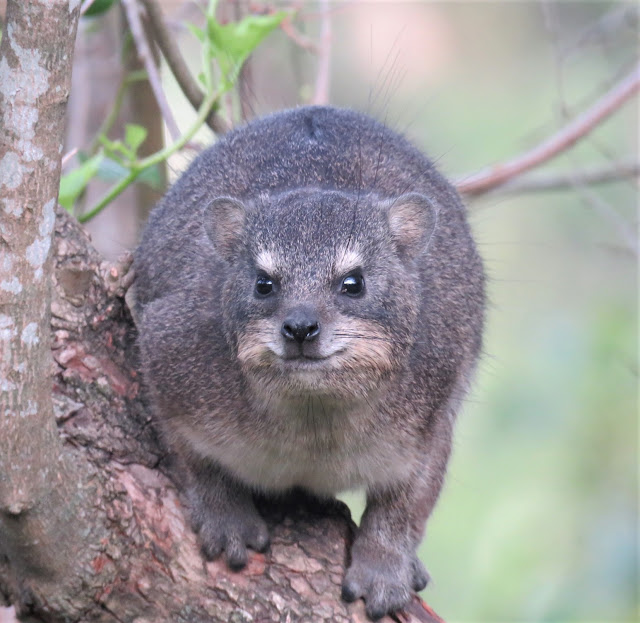 "Ah … cute!" would be the expected comment from the majority of people shown this phototgraph.
However, appearance can be deceiving - this hyrax or dassie is not cute and wreaks havoc in rural and suburban gardens where large colonies may proliferate due to the absence of raptors, caracals, wild dogs and leopards.  It has been estimated that four or five dassies can eat as much as one sheep!

OJ - trying to find effective strategies to deter dassies from visiting his garden.
Posted by OJ at 17:16