My early morning walk on the Nahoon Beach earlier this week was disrupted by this tragic sight - the carcass of a beautiful Striped Dolphin that had washed ashore during the night. 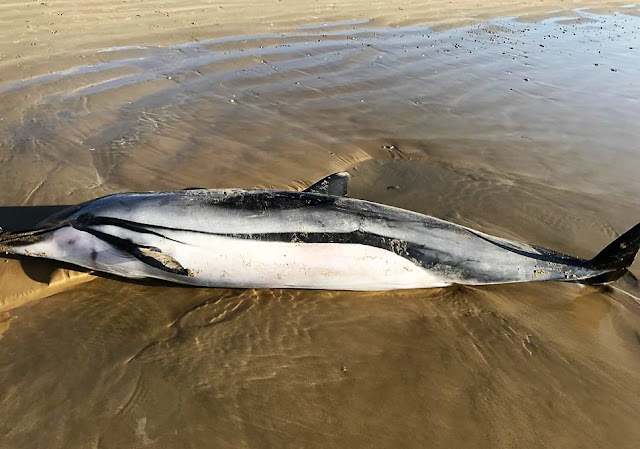 Normally found in tropical waters where the sea temperature is above 20 degrees Celsius, the Striped Dolphin is an infrequent visitor so far south.  What caused its premature death?  There were no signs of trauma - so one can assume there was no altercation with a predator or sea-going craft.
The marine biologist examining the dead dolphin suggested that plastic ingestion could be the cause, or possibly the long term effect of sonar seismic surveying further up the coast, but that bacterial or viral infection could not be ruled out.  The autopsy would reveal the real cause. 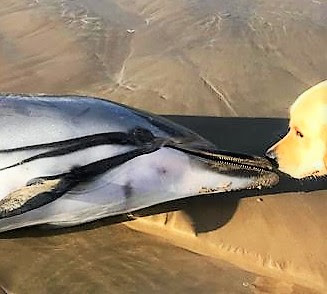 This Golden Retriever seemed equally perturbed by the tragic discovery on his usually happy beach playground.