FOUND IN THE GARDEN #3: ROBINS 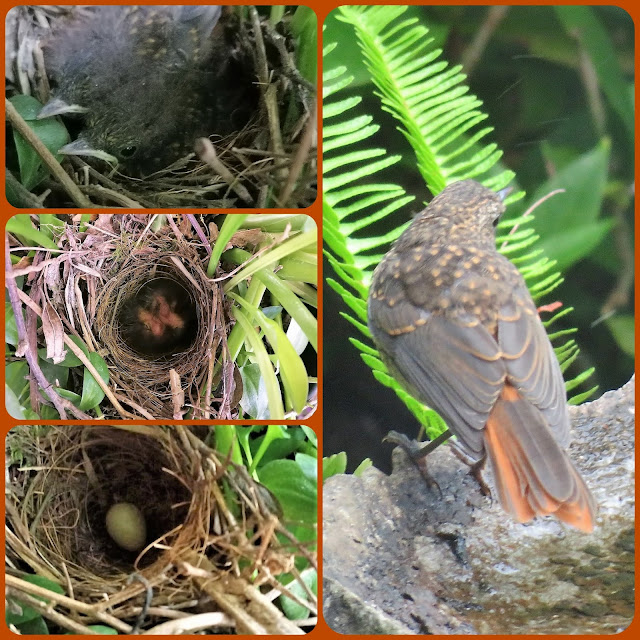 In a post on 12 November last year (Family Portraits), I mentioned that a pair of Cape Robin Chats had built a nest in a flower pot on our verandah.  The post for today chronicles that story to its successful conclusion.  Bottom left shows the first egg laid in the nest. This was followed two days later by a second egg.  The eggs soon hatched and two minute embryos were observed.  The growth of the chicks was remarkable and both parents were hard-pressed to keep them fed.  Suddenly one morning we found the nest empty - we suspected a cat or coucal had eaten the chicks.  We then learnt that Robins remove their chicks and hide them until they are able to fly.  Then one morning the juvenile on the right appeared with its mother at the bird bath.  The juvenile has a speckled back and front and does not have the white eyebrow which is characteristic of the mature adult bird.  We were relieved to find that the chicks had survived!
OJ - learning more about birds during lock-down
Posted by OJ at 00:00