ON THE HORNS OF A DILEMMA 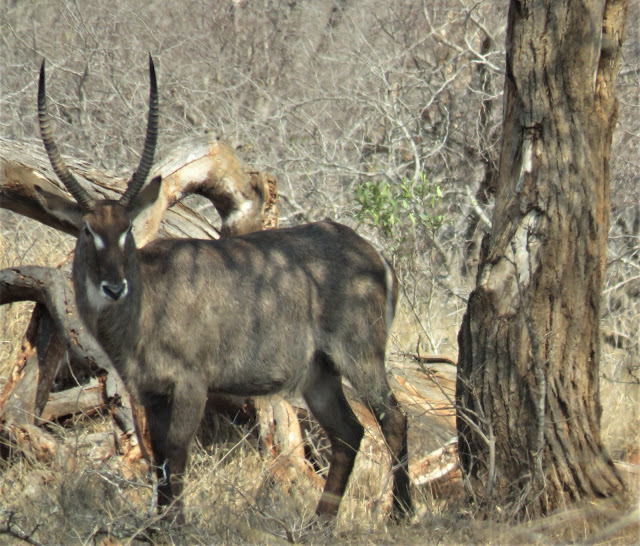 This Waterbuck ram is on the horns of a dilemma and seems to be considering which alternative path (both of which are equally undesirable) he should choose.  Does he take a chance that the pride of lions languishing at the waterhole have had enough to eat and will allow him to drink?  Or does he remain thirsty and go in search of another waterhole?  He chose the latter course.
In Greek, a lemma is an obvious course of action, taken for granted, while a dilemma (two lemmas) presents a choice between two courses, either of which could be problematic.
OJ - considering how people in leadership are often on the horns of a dilemma
Posted by OJ at 23:30