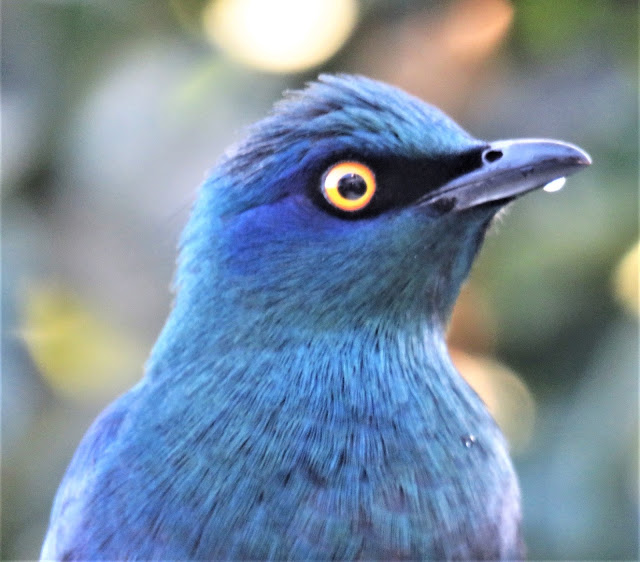 What me?  The Bluebird of Happiness?  Well, I suppose I could be if you want me to be.
This Glossy Starling at the birdbath appears to be startled by the thought that he could be a harbinger of happier times.
Apparently this myth that blue birds bring happier times, dates back as far as the Shang Dynasty in China (1766 to 1122 BC).  Similar ideas may be found in the ancient folk lore of other countries as well - North America, Russia and France.
OJ - hoping for happier times
Posted by OJ at 17:32