THE MYSTERIES OF NAMING BIRDS 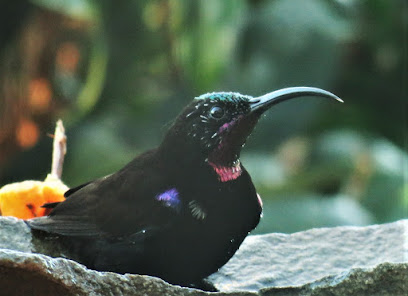 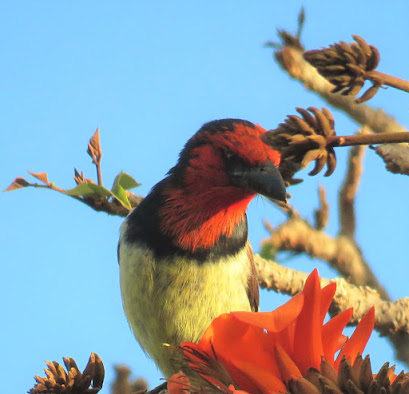 How do ornithologists decide what name they are going to use for a particular species?

Take the sunbird on the right ... its distinguishing characteristics are its iridescent green head, bright purple throat and blue epaulettes, but all of these are ignored and it is named:

(Its Latin name is more ambitious:
Chalcomitra amethystina at least recognizing that it has a flash of bright pink on its throat.

The barbet on the left is another example of mis-naming!

The first thing one notices about the barbet is its red head, but its name ignores that obvious characteristic and focuses on its black collar, so it is: