IF THESE STONES COULD TALK #3: ARÈNES DE LUTÈCE 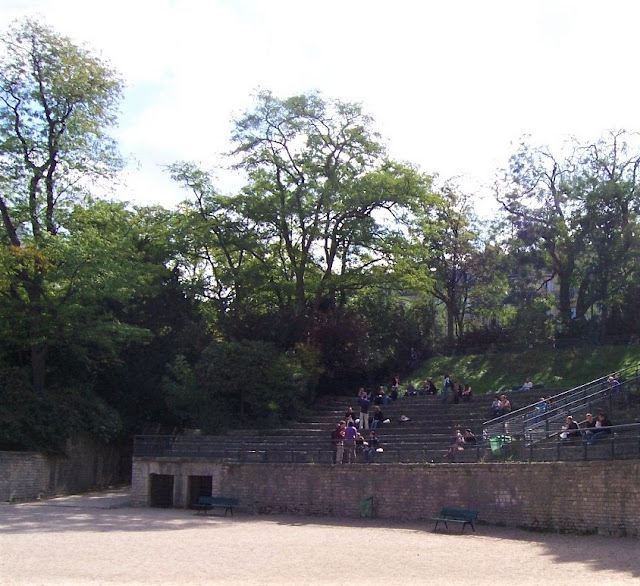 This arena dating back to the time when Paris was a Roman settlement (known as Lutece) was discovered during road construction in the 1860s.  One can let one's imagination run wild at what these stones and terraces witnessed in the First century AD - the clash of gladiators' swords, the roaring of lions, the pitiful cries of victims and perhaps less violent dramas presented, songs sung and music played.

I am sure the students enjoying their lunch break on the terraces would be surprised if the stones were to join their conversation! 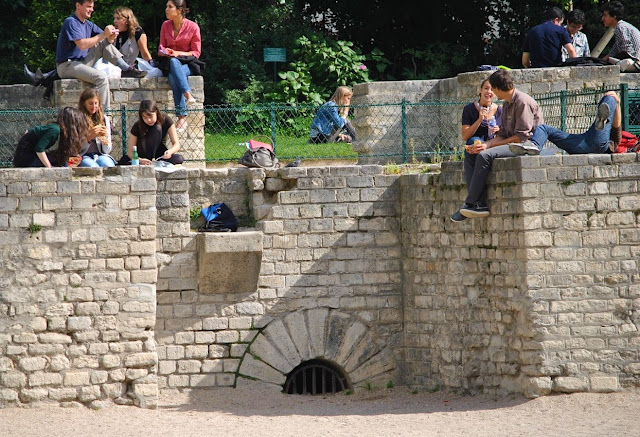