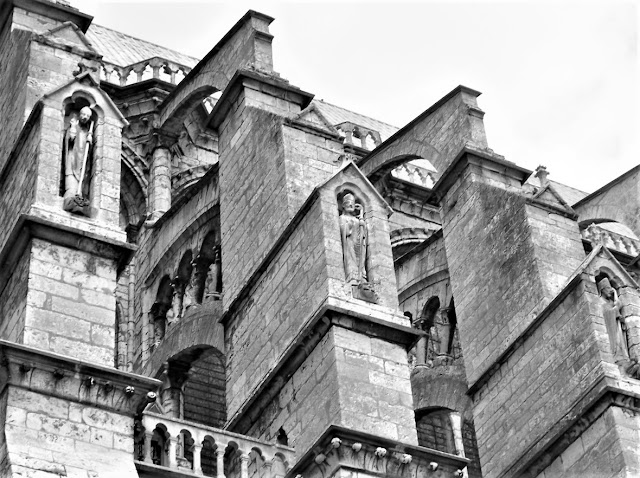 Chartres Cathedral was described by the art historian, Emile Male as "the mind of the Middle Ages manifest".  The construction of the cathedral began in the early 11th century with Romanesque architectural elements predominating, but was severely damaged in a fire in 1194.  The local inhabitants rebuilt the church, retaining the undamaged sections, but with the new additions being in a Gothic style.  The cathedral now is mostly as it was in 1250 after surviving, the Wars of Religion, the French Revolution and World War II.
This photograph of the southern side of the cathedral shows the statues of three bishops looking down on their "flocks".