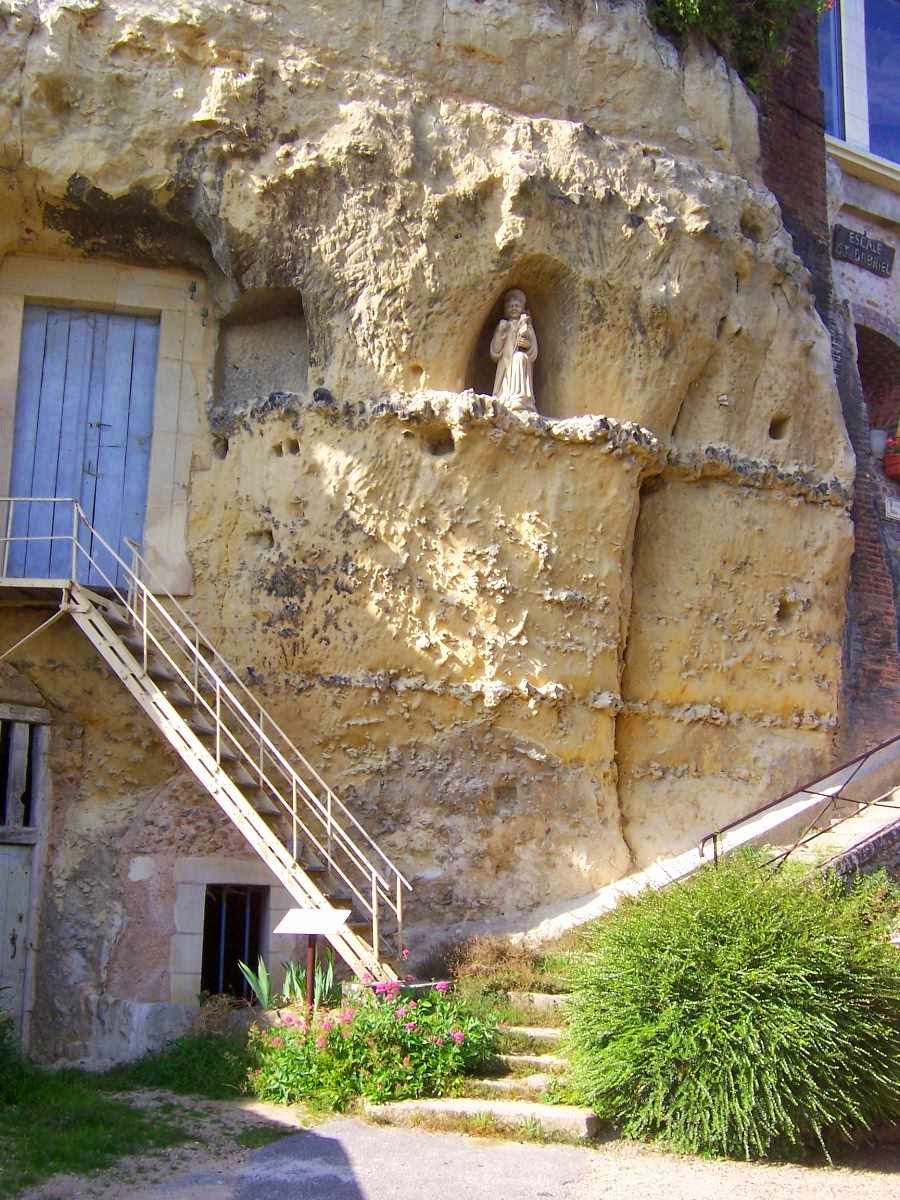 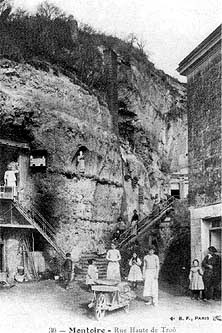 The contemporary photograph on the left was taken in 2011 when we spent a few days sampling "la vie troglodytique" in the village  of Troo. The photograph on the right was found with the aid of Google and shows the same scene more than a hundred years earlier, probably in the 1890s.

The staircase on the right is known as L'escalier de Saint Gabriel and a small statue, presumably of the Archangel, is placed in a small alcove carved into the cliff face.  Detail of the statue maybe seen in the photograph below. 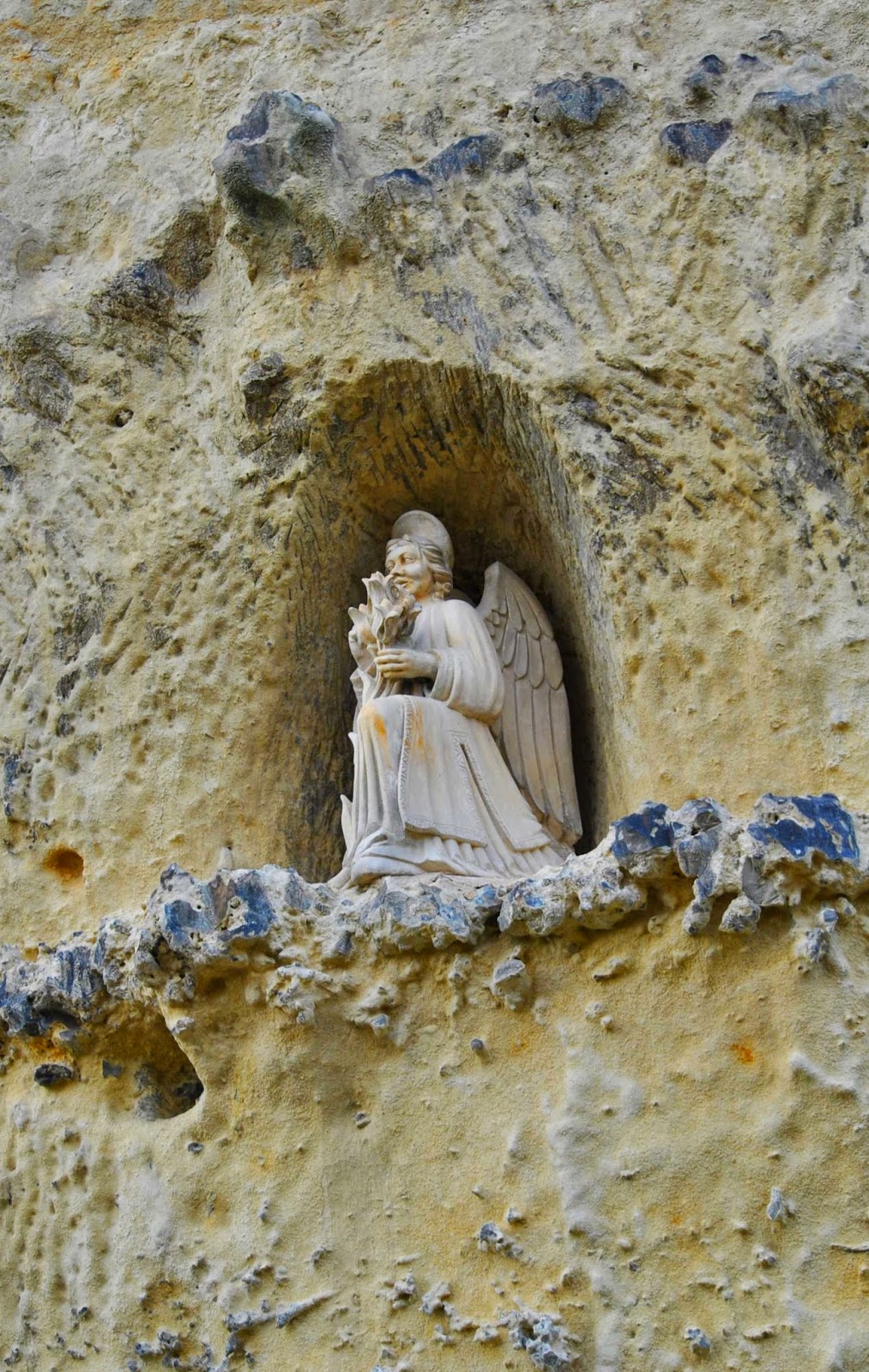